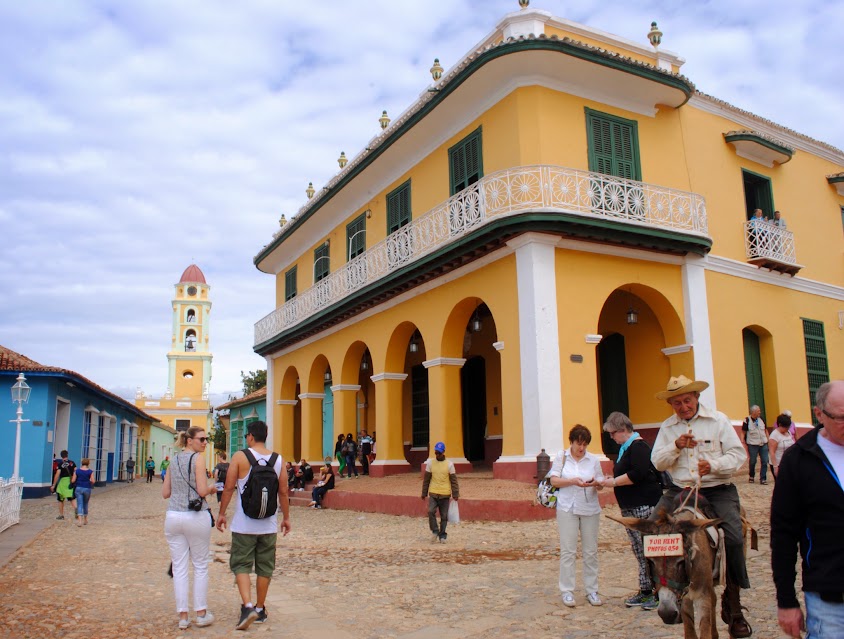 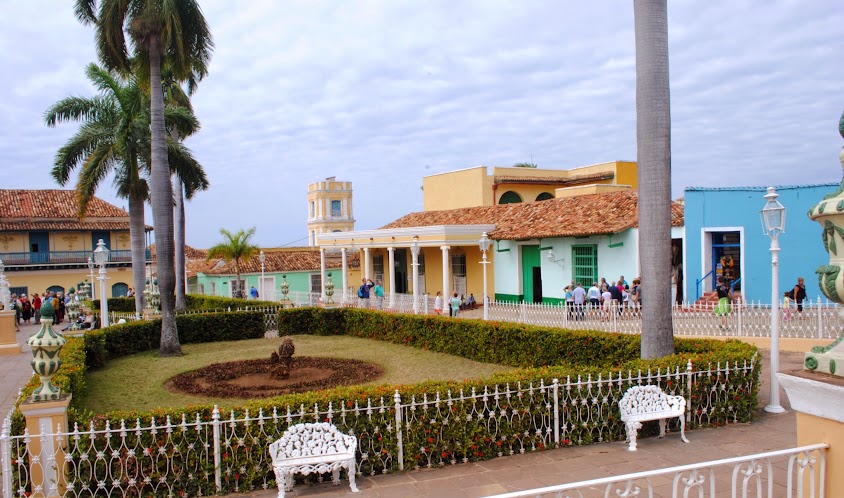 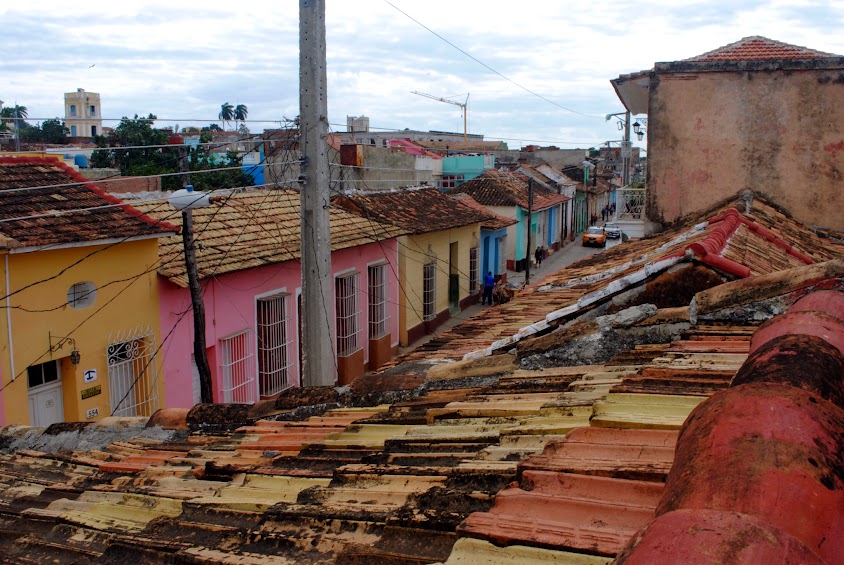 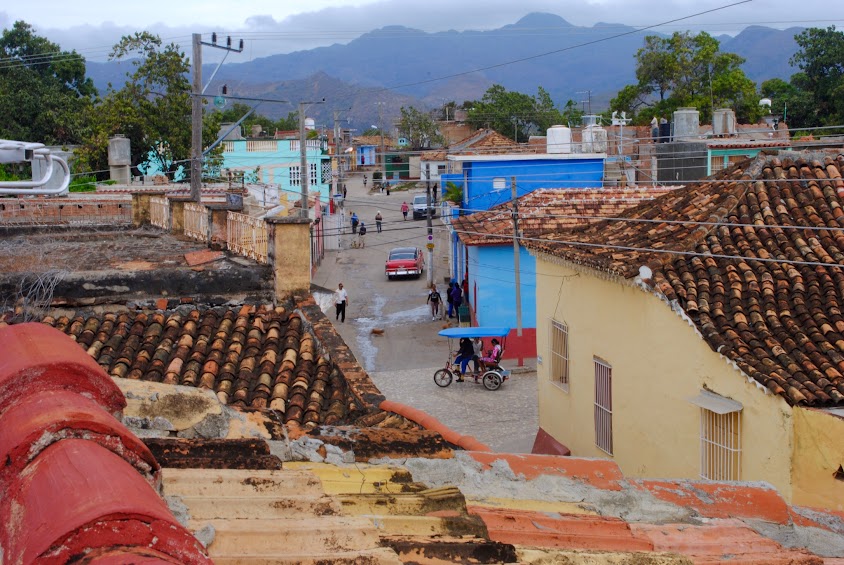 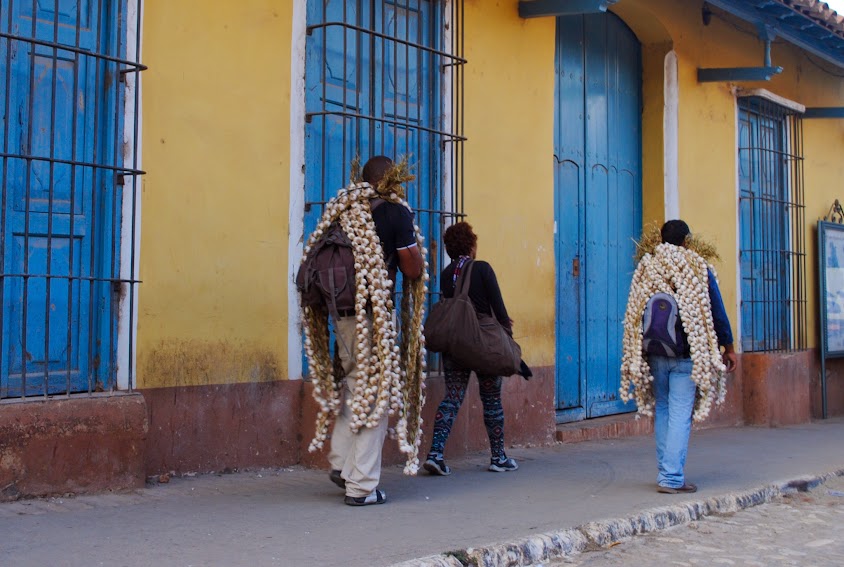 Another Unesco World Heritage Site, Trinidad is about four hours south east of Havanna. Yoanis from our Casa Particular in Havana booked us rooms and it turned out they were in separate houses but close enough to go back and forth. The town itself is rustic, colonial and friendly. Red tiled roofs and brightly colored buildings with plenty of small tiendas selling artsy/crafty souvenirs. For us the highlights of this weekend getaway were meeting our host families, getting to a beach and seeing the countryside surrounding Trinidad. 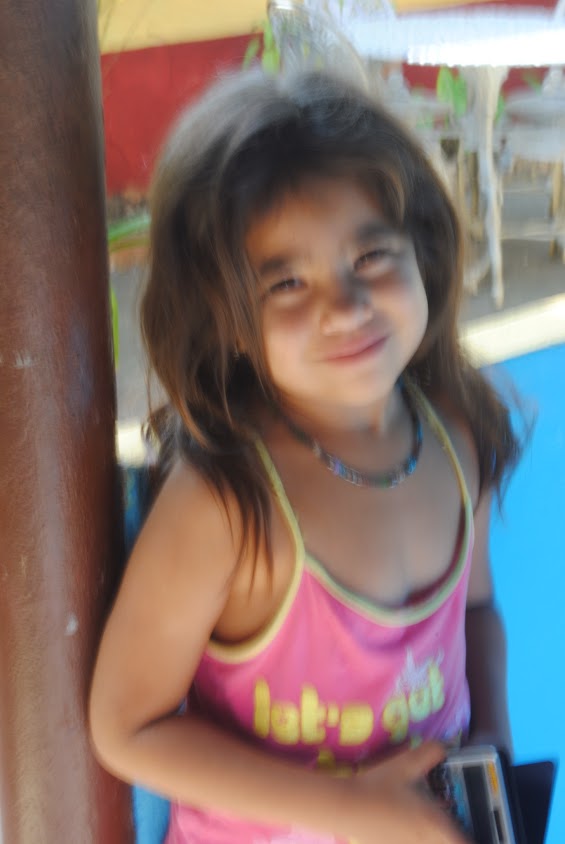 My host was an eighty seven year old whose wife died a few years ago and he now has a younger male relative and his four year old daughter living with him. His typically unrevealing street door masks a large and comfortable home with multiple bedrooms and a central courtyard with a garden. He was born in the house, has lived there all his life and keeping him company all the while are colonial furnishings and beautifully tiled floors. A very hospitable man, he spoke English that he taught himself from a book called Nine Hundred English Words. 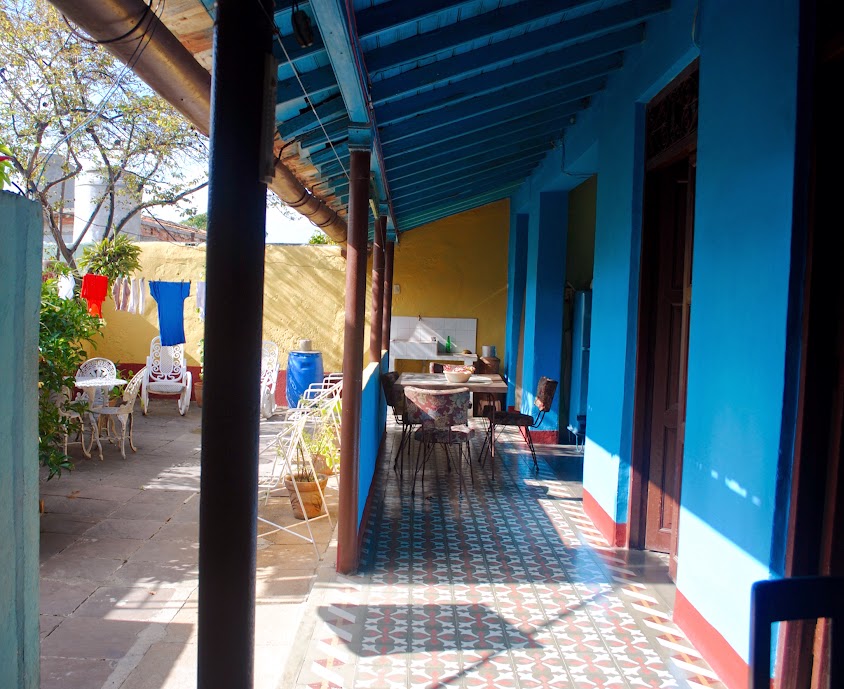 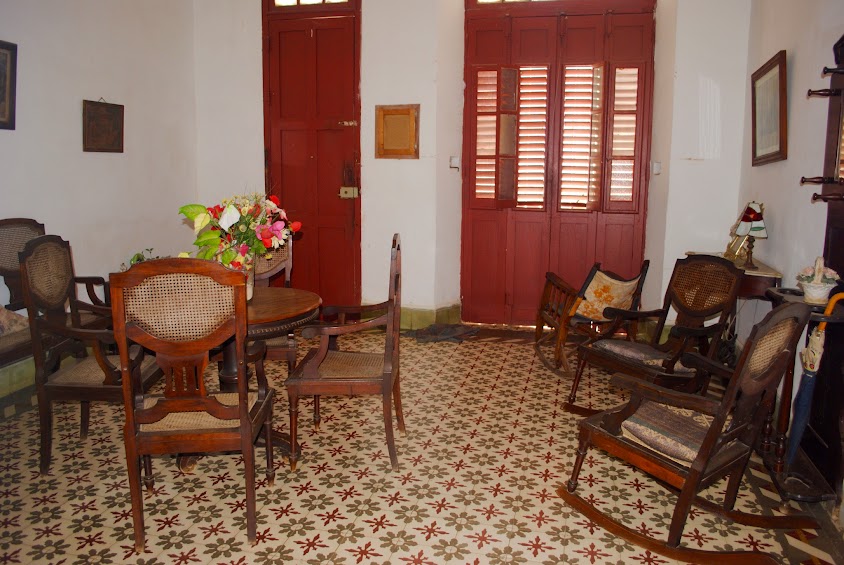 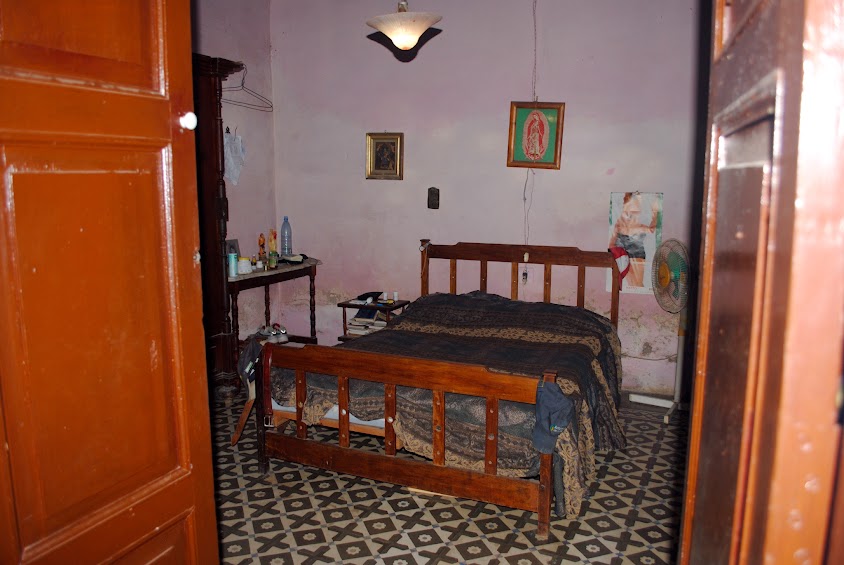 Tom and Ray stayed in a casa owned by Marea and Alexander who took great care of us and made our arrangements for seeing the sites. Their living quarters were up a narrow, steep set of stairs and the kitchen was a mix of indoors and outdoors and above was a rooftop patio with great views of the city. Marea cooked us a delicious lobster dinner which sadly Ray wasn’t able to enjoy, having succumbed to Cubas version of Montezumas revenge. Marea took great care of him while Tom I went by horse and cart into the hillsides. Our driver took us to a national park, complete with entrance fee and then on to see a waterfall which was dry and swimming holes that had no circulation as a result. Had there been rain in the last four months we would have seen a beautiful cascade, falling into natural ponds in an idyllic jungle setting. Accessible only on foot it gave us a chance to get out if the cart and stretch our legs. 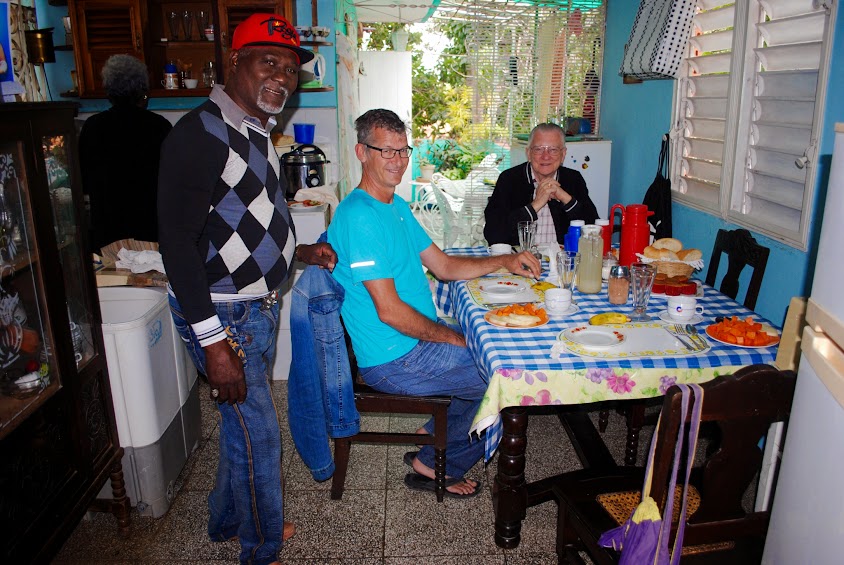 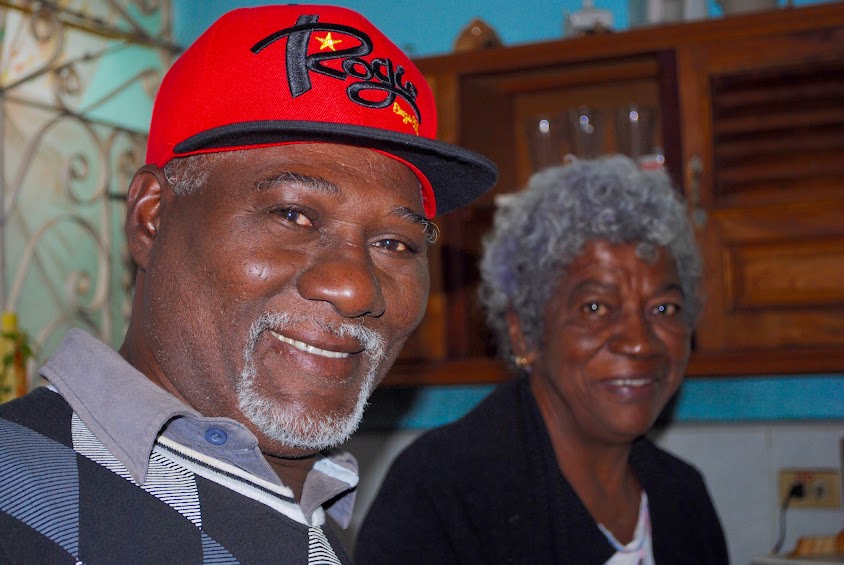 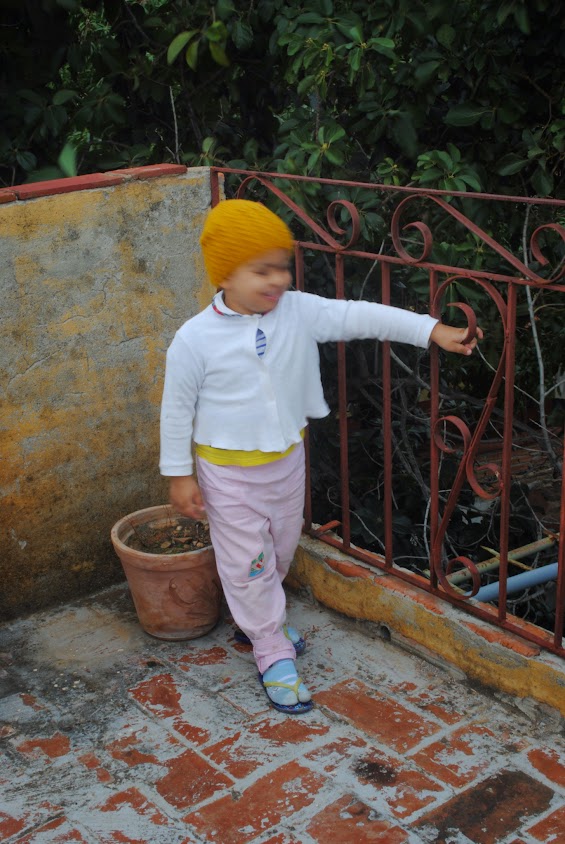 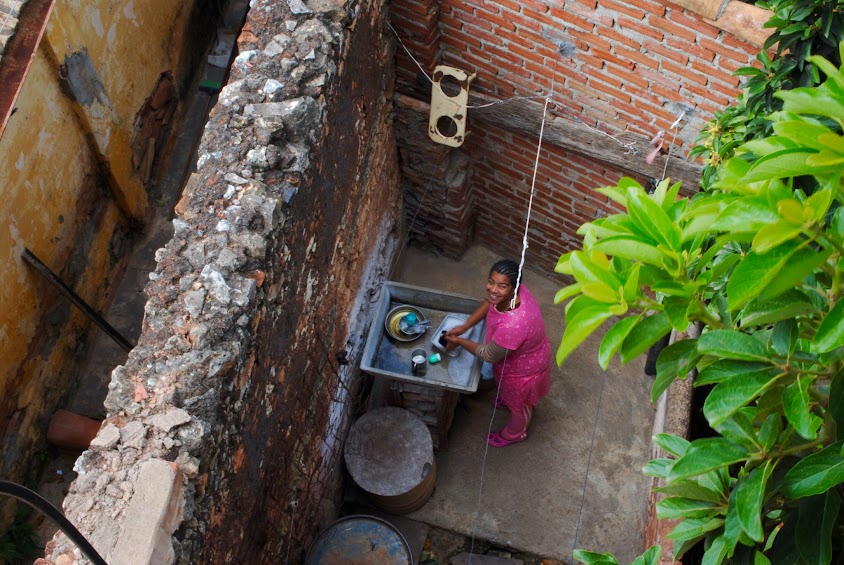 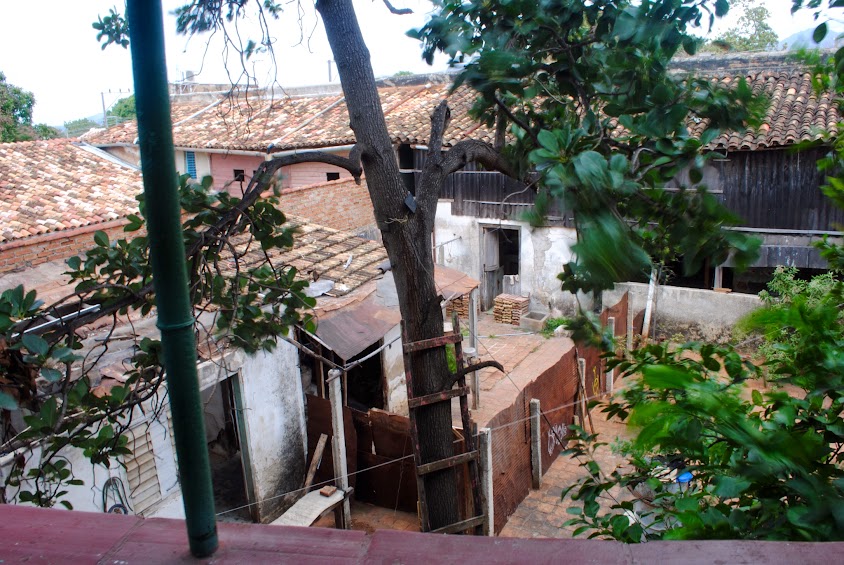 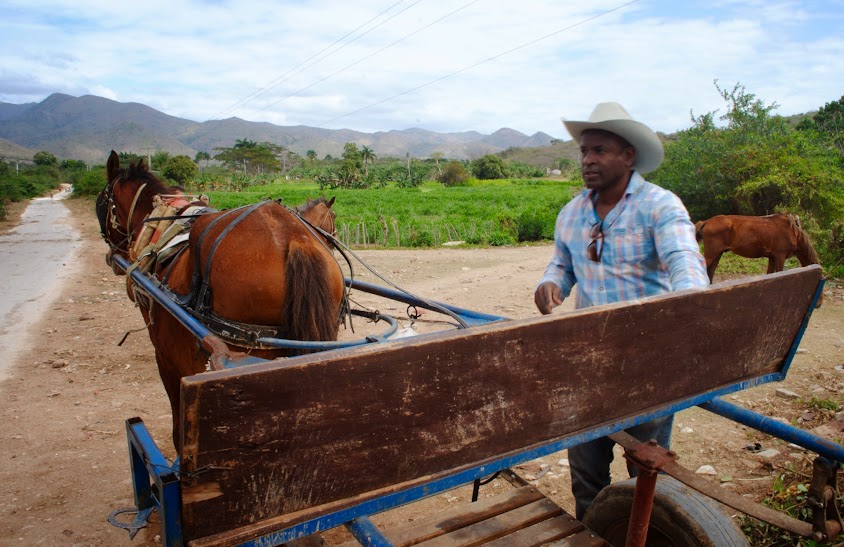 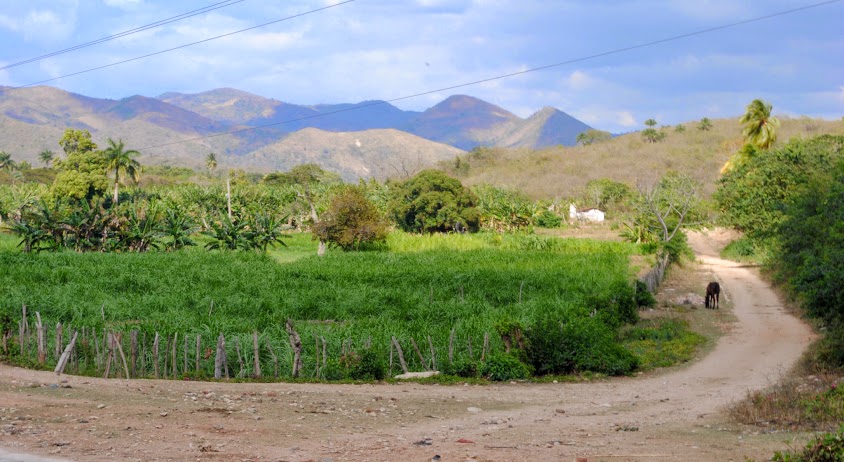 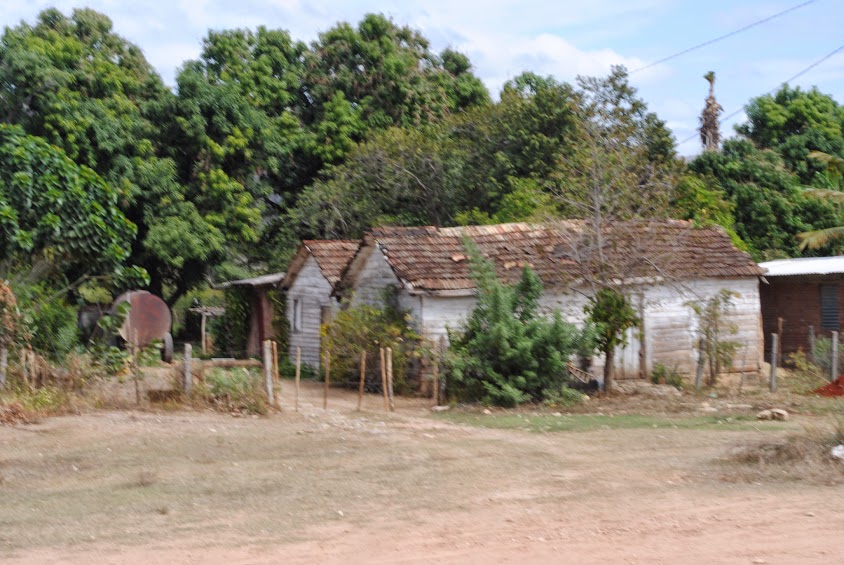 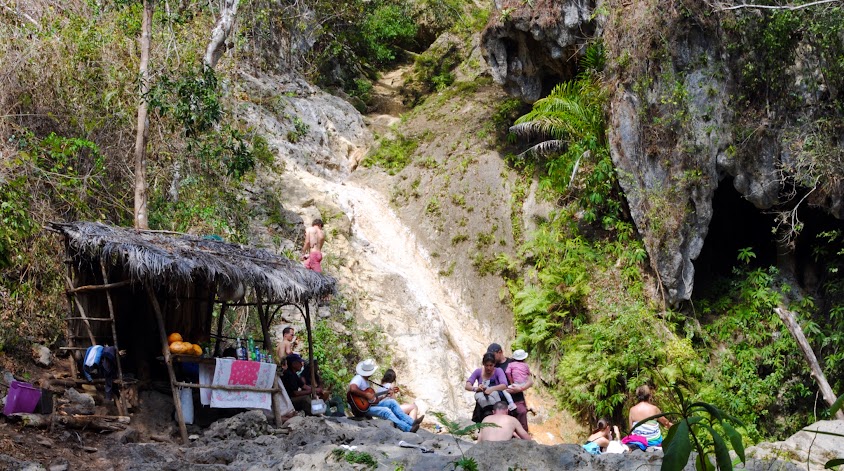 Our lunch stop was in a farmers yard, where surrounded by chickens, cats, horses, dogs, roosters, pigs and goats the owners set up a kitchen and were selling meals. Whether it was the jostling of the cart or the live reminders of what was on the barbeque we declined all offers excepting bottled water. In the middle of the fray sat a toothless old man strumming on a cracked and old guitar, making a much better subject for a photo than he did music. A group of swaggering european men arrived on horseback, cowboy hats, cuban cigars, rum on hand and nearly as big as their ponies. Comically, once they had all seated themselves one managed to topple over backwards, a great expanse of arms and legs flailing until he came to rest on the lip of the planked floor. Size isn’t everything! 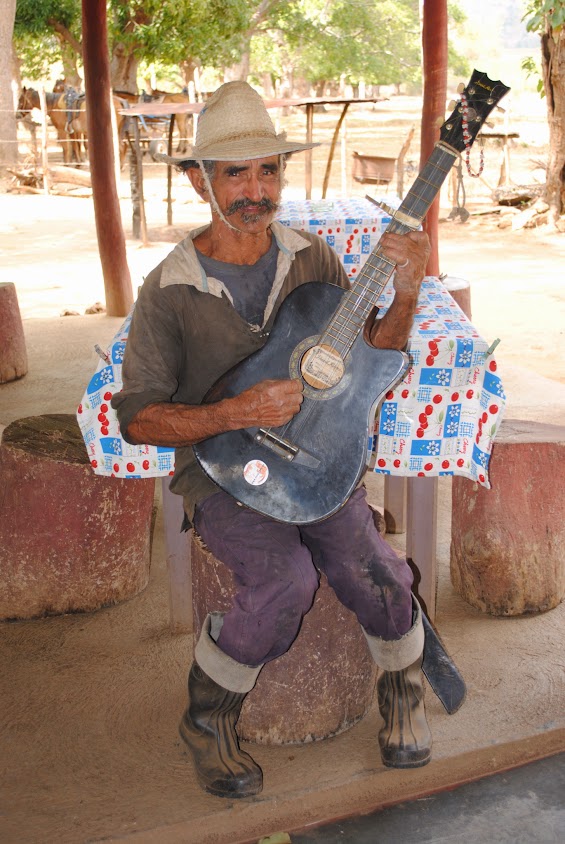 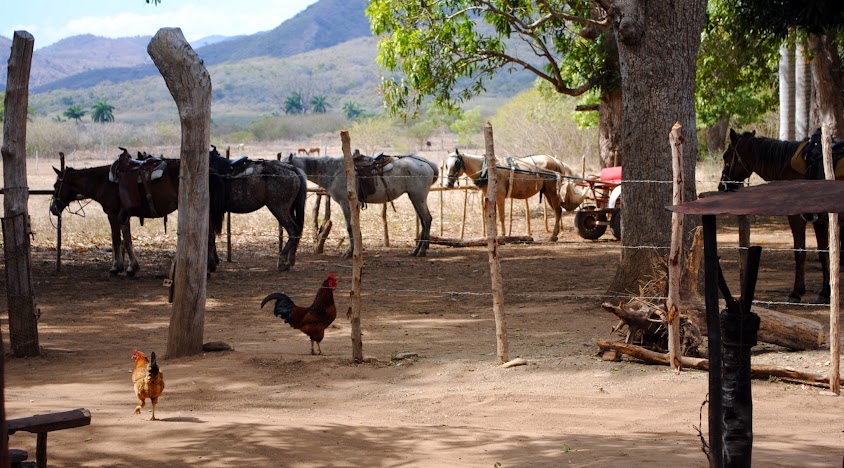 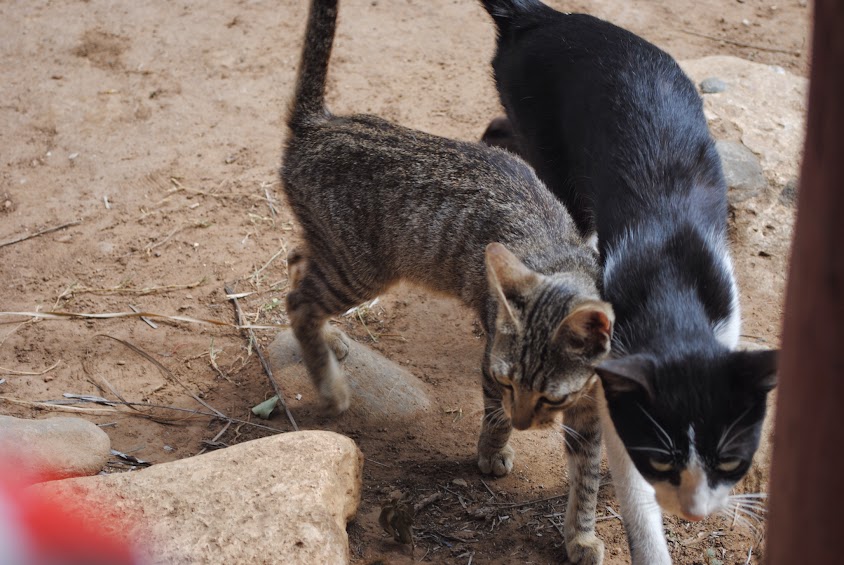 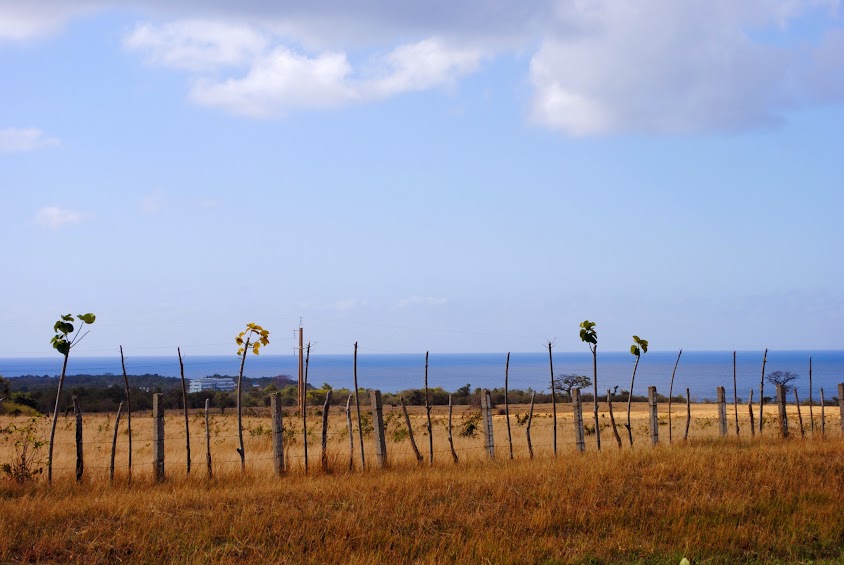 The beach is a short taxi ride from Trinidad and we swam and watched the sunset with two earnest looking twenty something’s doing the North American version of yoga in the sand. With rays stomach a little tricky we hired a taxi back to Havana and it cost a fraction more than three tickets on the bus. A great getaway weekend from the blast and blare of Havanna. 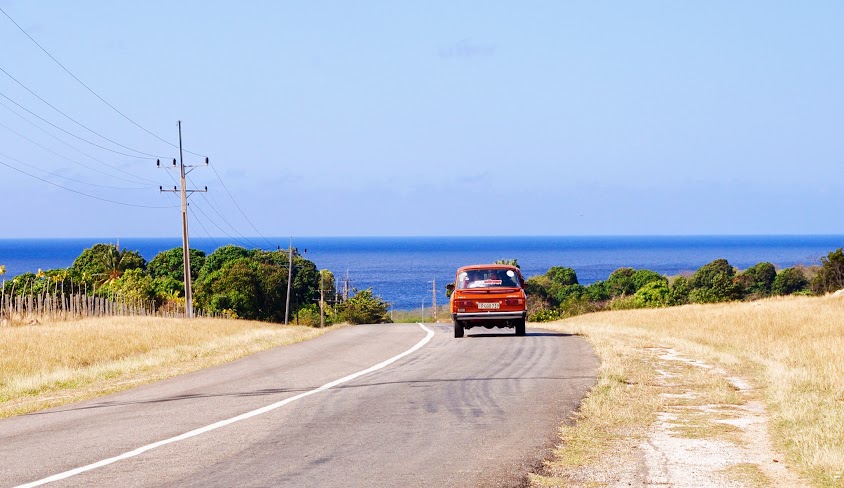 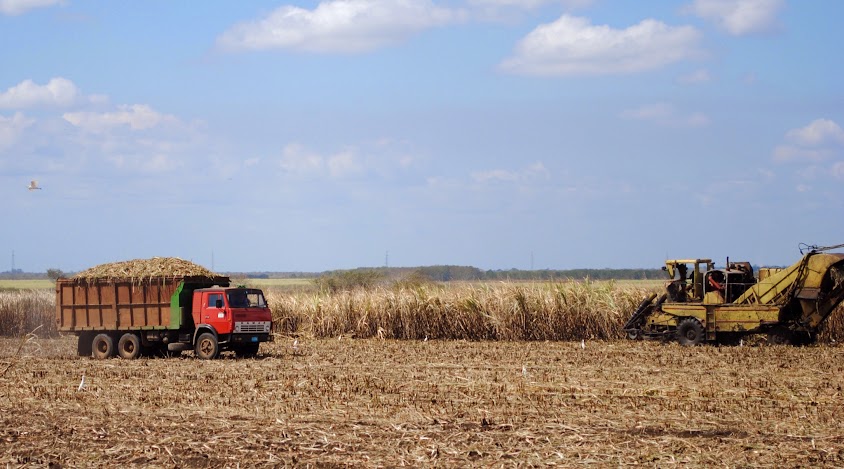 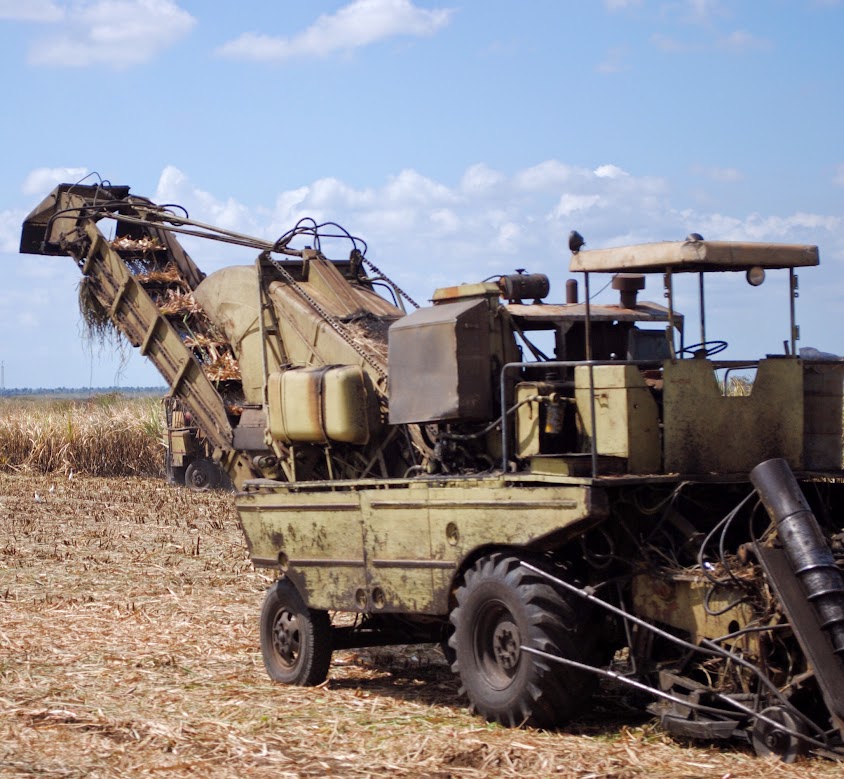