Happy to have spent nearly a month in Nicaragua and to have seen so many areas of the country, each one quite different from the other. The final area we explored was the northwest, a mountainous region full of fincas, nature reserves and small mountain towns connected by narrow roads that wind up and down through beautiful scenery. To get to this area we took a collective from Leon to the town of Esteli. The van was small and didn’t have a roof rack so we had to pay for an extra seat for our luggage. Traveling in close quarters with Nicaraguans is very comfortable as they are gentle quiet people with dynamite smiles. The slightest eye contact rewards you with with a beautiful and welcoming grin. For the most part Nicas, as they are known, have been helpful and kind and we have felt safe. In spite of its former reputation, Nicaragua is now one of the safest countries in Central America. Although not as openly gregarious as the Cubans and not as sophisticated as the Columbians, the Nicas, somewhat aloof at first blush, show genuine warmth and friendship once they get to know you. This is a people that you only hope the best for. 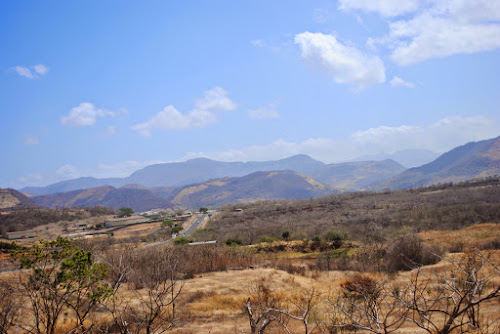 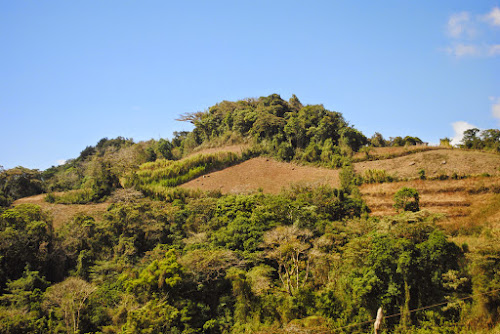 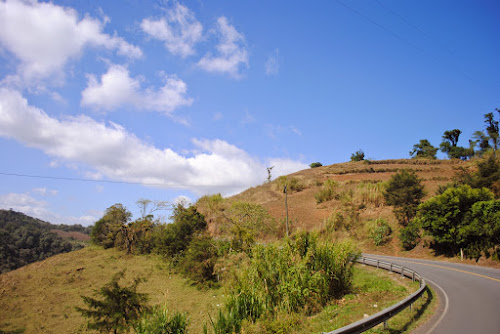 I guess I haven’t been paying attention so I was surprised to learn that Daniel Ortega and the Sandanista party are very much back in power after a hiatus of some decades. There are billboards along the highways declaring the good works Daniel is doing and throughout Nicaragua we have seen road and sewer repairs and it seems as if every city is having the cathedral and the Central Park restored. Tourism is on the rise as Nicaragua maintains a peaceful society and that combined with agriculture and the possibility of a canal, could spell hope for a brighter future for the more impoverished people of this country. Like its neighbours that we have visited, there seems to be some wealth available but it falls into the hands of the few. 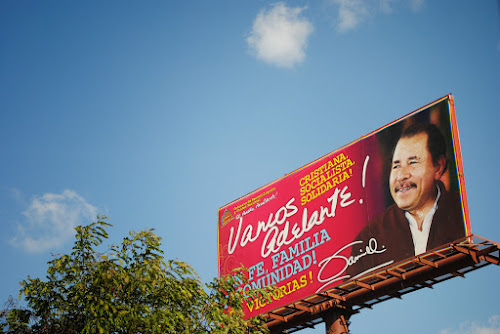 The hills of the northwest are important to understanding Nicaragua history as they are the birthplace of the Sandanistas movement. In 1927, the left wing nationalist movement led by Sandino and his militia declared war on the United States. Since then the struggle continured to free Nicaragua from the imperialist grip of the United States right up until the Contra affair in the late 70’s. 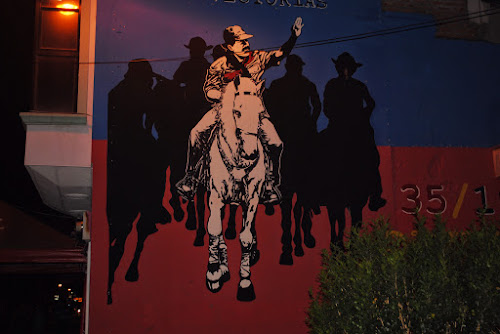 The hills and mountains of Northwestern Nicaragua are full of small fincas, cooperatives, pueblos and each department or county has a larger centres such as the three we visited, Esteli, Matagalpa and Jinotepe. Esteli was the scene of a great deal of violence during the overthrow of the Somaza regine led by Daniel Ortega. Coffee fincas and cattle ranches, fruit and vegetable farms and close ties to the Sandanistina government have all benefited this region. In all three centres we saw prosperity amongst who we assumed would be the owners and managers of fincas but it seem that most people are still living at a subsistence level in tin roofed huts with dirt floors and no running water. 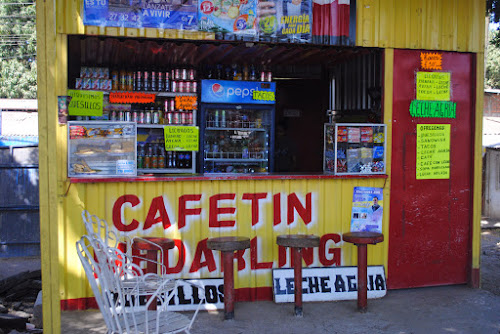 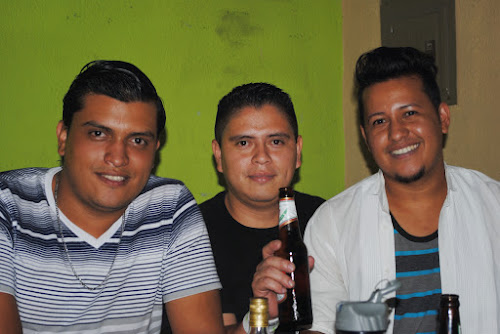 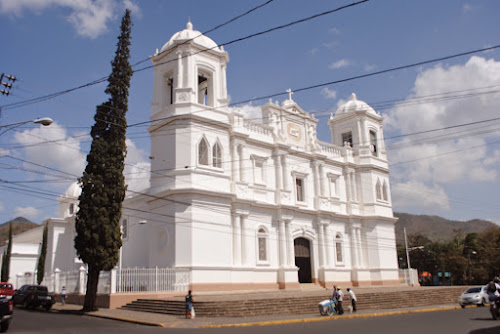 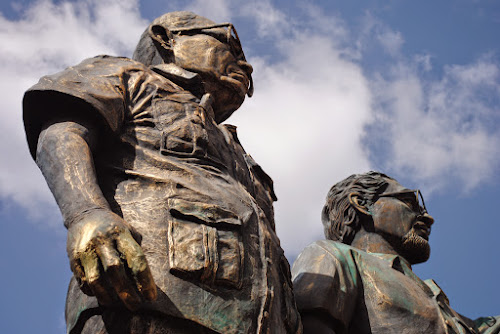 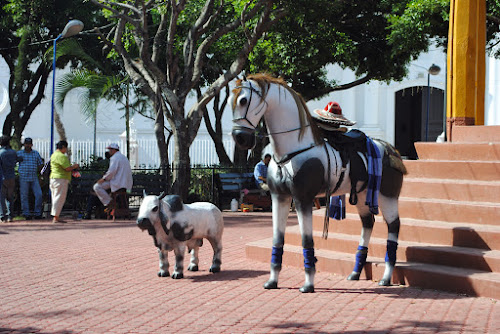 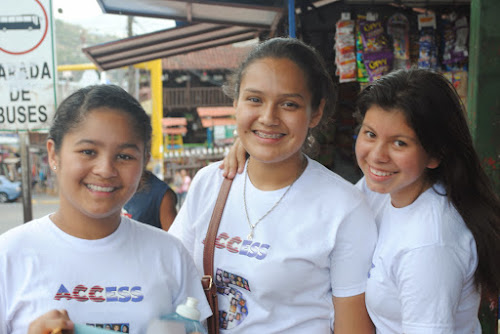 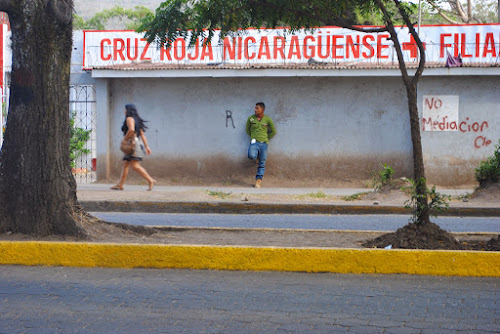 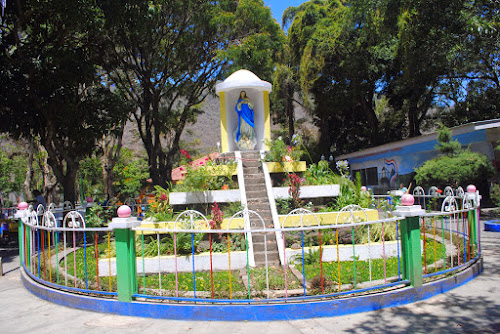 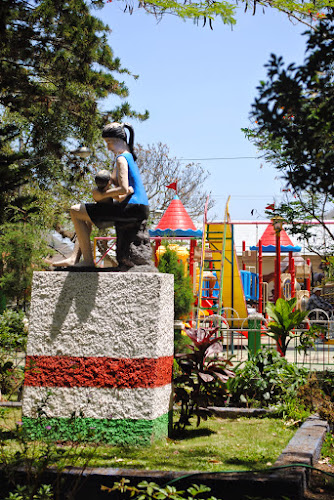 The hills are dotted with nature reserves that offer hiking trails leading to great views of the terraced coffee farms, water falls and cool rivers for swimming. Coffee fincas are starting to engage in argri-tourism and are opening their homes to travelers who want to see how a finca operates. Each of the three centres we visited had something to offer in terms of history, museums, a glimpse into local commerce and of course a bus terminale that got us from one place to another. Although the towns themselves were interesting, spreading up and across the hills that surrounded them it was the country in between that was really the attraction. The beautiful views of the emerald green fields and the mountain top coffee terraces were beautiful to see. 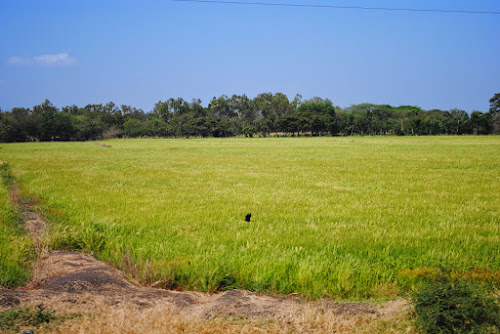 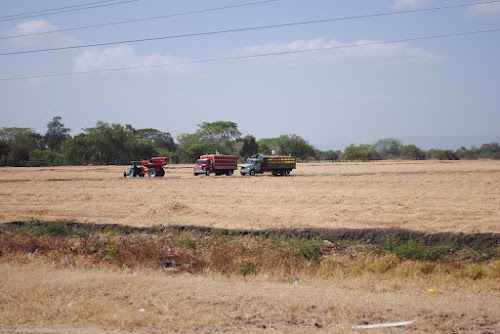 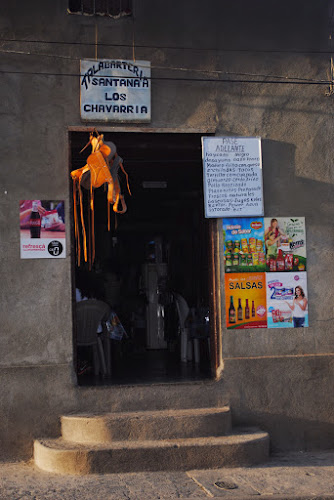 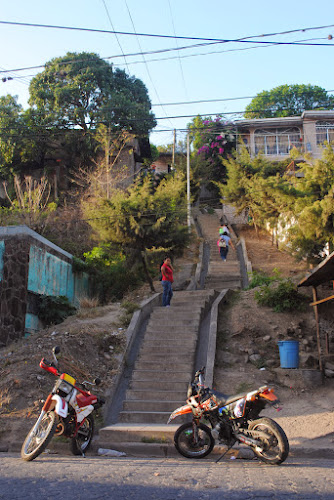 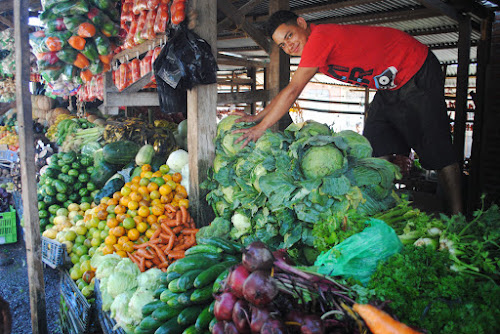 In Jinotepe we attempted a climb up a local hill that is climbed every year in May by the entire town. It was too hot and steep for me so I waited part way while Tom continued to the top. When he reached the top there was repair work being done on the shelter that stands next to the giant crucifix that can be seen clear down the valley. An armed guard told Tom he shouldn’t be walking in the hills alone and that there had been robberies. He walked Tom part way back down the hill as a precaution. There I had been sitting by myself enjoying the view, nursing a cold and thinking there were worsh places to feel sick than on a sunny mountainside in Nicaragua! 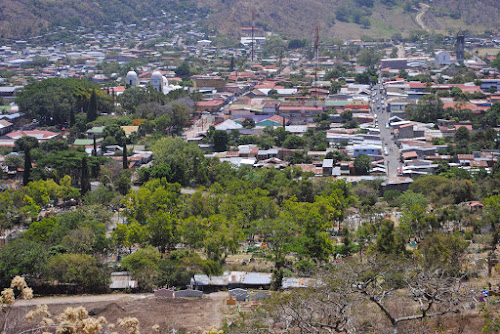 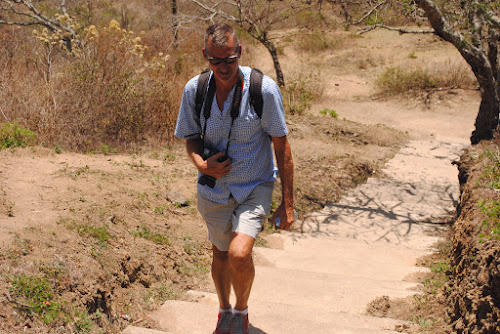 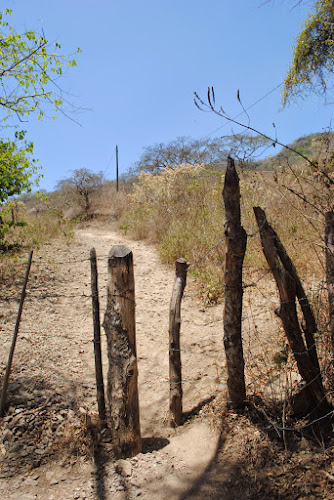 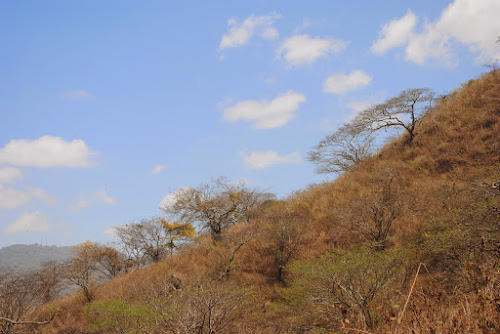