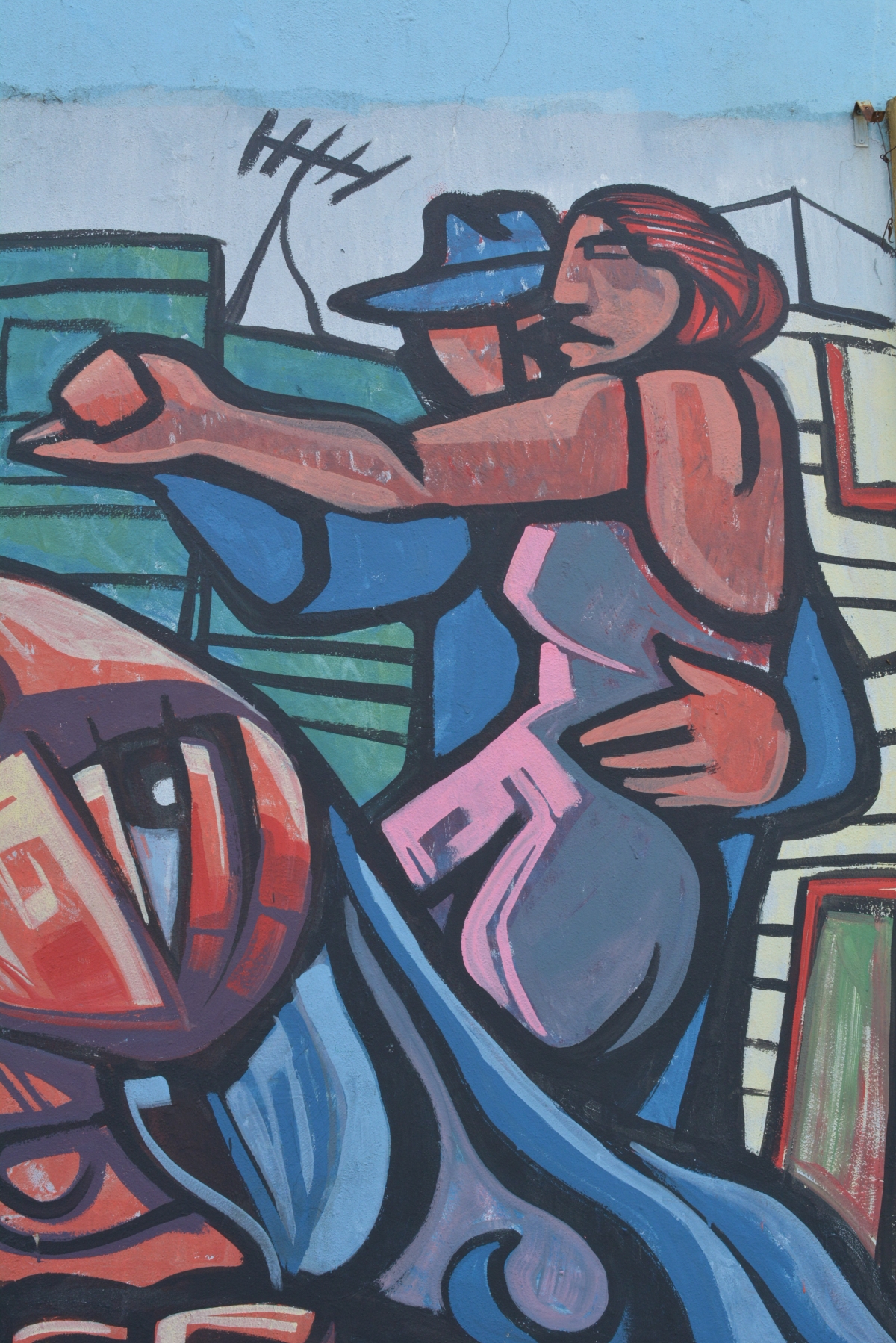 After our marathon road trip through a good deal of the northern parts of Argentina, we managed to get the car back to the airport in Cordoba on time and in one piece. The circle complete, we opted for a cama bus to Buenos Aires. At the same time as Canada is reducing bus travel it is flourishing in Latin America. In the bus station in Cordoba a solid line of ticket kiosks stretches the length of the station, each kiosk representing a different company, classes, destinations and style of bus.

The cama bus or bed bus offers the most comfortable means of overnight travel. Not knowing what to expect we were pleasantly surprised by our double decker complete with fully reclining seats, privacy curtains, attendants, meals, movies, blankets, pillows, etc.. Once asleep I stayed that way for six hours and woke only to find myself in Buenos Aires. You can’t beat that. The downside of bus travel is of course having to hang out in bus stations, never very safe of pleasant.

For two nights we stayed in an Air BnB in the trendy neighbourhood of Recoleta. Our apartment on the 8th floor was large and well furnished and everyone had their own bedroom and bathroom. It had been very hot in BA just before our arrival and the old building where we stayed had stored the heat and it was nice to have AC even though the weather outside was cooling off. It seems like we’ve had to use the AC very infrequently on this trip as so many places have suffered a heat wave just before our arrival.

Recoleta is one of the trendier areas of Buenos Aires. It is said that the elite live, dine, shop and enjoy life on theses Paris inspired streets. The labrynthe that is Ricoleta, is lined with shops, bars, restaurants and plenty of services. In the larger streets there are big malls with every type of store imaginable, except one that sells a Fitbit charging cable. I found a great English book store but it was limited to browsing as I am carry-on only.  Another area that is very touristy but fun is the Boca where the labourers, mainly from Italy and Spain, and their families lived when they arrived in Buenos Airies.

Recoleta is only one neighbourhood to explore but there is something to be said for getting to know your zona and what it has to offer. It’s easier to get a sense of daily life than if you stay el centro where everything is commercial and the touts are busy trying to pry you from your money. Nevertheless we opted for some time in el centro where the main sights and attractions are close together and this way we were able to see more without travel time to get there.

The tango, the most passionate of dances arose from the working class men who laboured on the docks etc.. in BA around the turn of the century. My impression is that it was almost a form of wrestling between men but of course a much more artistic and beautiful interpretation of physical contact. It wasn’t until later that women were brought into the tango picture. It is a focussed and serious dance, it has some characteristics that you might find in Tai Chi etc. We learned all this at one of the Tango shows, a very touristy, dinner style event that included 400 free pesos for gambling at a casino after the show. In spite of the touristy nature, I thought it was a great show, well produced, great costumes and dance and the food was good too, and we made new friends at our table from Columbia. Tango isn’t the only thing they take seriously in Buenos Aires….meat runs a close second. Jave was in heaven and as you can see in the photo below he finally found a portion size to his liking.

We also signed up for a day excursion to Tigre a small settlement at the mouth of the Rio Plata. The bus trip there was good and our guide gave a running commentary until we reached an “artisans market” where we had half an hour to look around. Based on what we saw of Tigre, I’d say it is a high end little town with many nice homes and shops to match, that belong to the more well-heeled folks of Buenos Aires. After “shopping” we were taken to our actual destination which was a boat that would return us along the canals of Tigre and then into the Rio Plata and finally home to Buenos Aires.

At one point we had hoped to have more time to spend in and around BA. We had wanted to rent a car and head for the beaches around Plata del Mar but we used up most of what we had left on our road trip. I don’t regret the road trip, it was wonderful to see so much of the “land” of Argentina, but given the distances between our destinations, it might be wiser to fly across Argentina. Next time!

And now, with a week remaining in Argentina, we have purchased tickets on the Buquebus catarman high speed ferry to Colonia del Sacramento across the Rio Plata in Uruguay. So excited to see Uruguay.