Where the Rio Plata and the Atlantic Ocean meet. 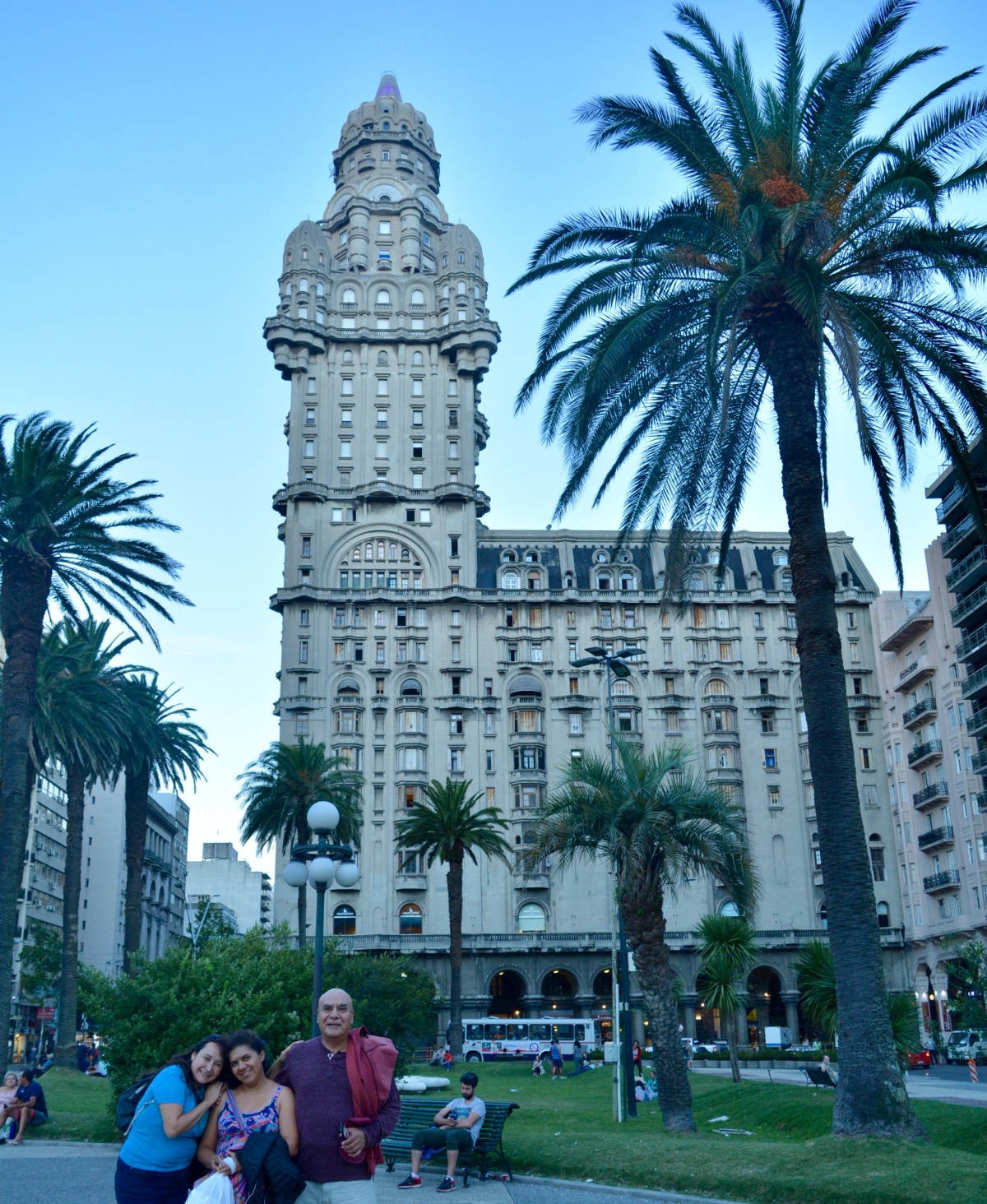 Uruguay is a place I’ve heard a lot about in recent times and certainly I wasn’t alone amongst my friends in wanting to find out more. Various TV programs have highlighted this little country squeezed between Brasil and Argentina, showing it to be the “latest” destination for paradise seeking expats. After much wondering I was finally able to visit and see the place for myself.

Our first stop in Uruguay was Colonia del Sacramento a short trip across the wide Rio del Plato on the Busquebus. The trip was lovely and we sat with a young couple from Brasil. I gave them one of my cards because they are very interested in moving to Canada. He manages a large number of malls throughout Brasil and she is a fashion designer. Really nice, smart, interesting people. She showed us photos of the dresses that she has designed and made by hand and they were impressive with lots of lacework. I hope I hear from them in the future.

Colonia del Sacramento is a UNESCO world heritage site because in the “old quarter” there are historic remnants of the Portuguese and Spanish colonial days. Very pretty but touristy and expensive restaurants. Three days there were sufficient to get a sense of the history and to enjoy a decent hotel in a good location. Very walkable and safe and with a tourist map you can find all the highlights quite easily.

There are some interesting little museums in Colonia that give a glimpse into the maritime history of the place, the importance of it as a defence position for both the Spanish and the Portuguese and some that house artifacts from daily life as well as one that had great prehistoric fossils found locally.

Shown on TV, Uruguay and ultimately the capital, Montevideo, glitters with modern buildings, beautiful beaches and relaxed life styles. At first, I was disappointed by Montevideo but solely, as it turned out, based on the area where we stayed. It was rough and dirty, never trust pictures of hotels on the internet. It was a dive and I changed rooms three times before I found something bearable. The area was not safe and there were many homeless druggie type people. The hotel was in the same price range as the ones we had in Chile and Argentina. Anything in Montevideo that was on a par with those was substantially more money. However, after a few days I came to a different conclusion. My view of Montevideo was definitely coloured by the hotel.

Day one we wandered, not really sure where to go or what to do to make the situation more likeable but eventually we found our way to a nice restaurant and discovered the warmth and friendliness of the Uruguanos. Like in Argentina and Brasil, they love Mexicans so we were a shoe in with my tres amigos who have consistently fallen into laughter riddled conversations with local people.

Since our view of the centre of Montevideo was dim, we decided a day trip was in order so day two saw us taking the bus from Montevideo to Punta del Este. Night and day to downtown Montevideo. Beautiful condos and very busy beaches and restaurants.

Day three in Montevideo we took a walking tour and although the weather was dull and gray the walk was interesting and we learned a great deal about the history of Uruguay. Some of the architecture is exemplary for its time but there is always an odd assortment of old and new, pretty and ugly, dirty and well dirty. Poor Montevideo needs a good scrub. There are may museums including one about the survivors or the famous plane crash in the Andes that resorted to cannabilism in order to stay alive before they were found. We were in Montevideo during Carnival and went to the museum of Carnival to see what it was all about. Costumes, masks, music, local traditions with a vaudeville touch seem to me to be the main elements of Carnival parades, performances and celebrations. Oddly we didn’t see much in the way of Carnival activities and our walking tour guide told us that Montevideo empties during Carnival as everyone heads to the beaches for one last summer fling before school starts. Another reason why Montevideo seemed lacklustre, lots of museums and businesses and of course offices and government were closed for Carnival.

On our last day we got out of the “old quarter” of Montevideo and drove up the coast and for the first time we could see the attraction of Montevideo. Lots of new homes and condos, clean streets, wide boulevards and of course beaches and the ocean. Here we could see a different way of life, lots of walkers, joggers, beach goers, cafes etc, not like the sad area around our hotel.

I would give Montevideo another chance but I would stay far from the centre, have a car and explore along the coastal part of the city. A one day walking tour of old Montevideo and one day for the museums would be plenty for downtown.