Although Progreso is home and there is much to do, it is nice to have a day in the colonial city of Merida, particularly as Christmas is approaching and the city is decorated for the festivities, of which there are many. From December 16th, with the Posadas, through to January 6th, Three Kings Day, the Christmas season offers processions, parties, pastorelas, family gatherings with food and gifts, religious commemorations, more food and more parties. 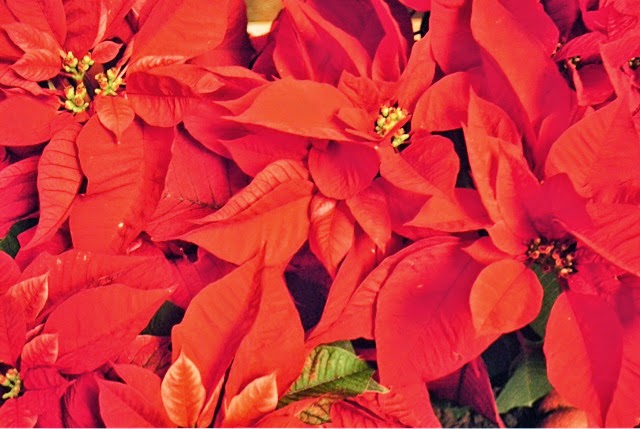 The capital of the Yucatan, Merida, is home to nearly a million people. It is a large sprawling place with a growing number of barrios. The colonial city of Merida was founded by the Spanish on the site of a large Maya city known as T’ho. Spanish conquistadors tore down the Mayan pyramids and used the rock to build the Cathedral de San Ildefonso (1561-1599), it is the oldest cathedral on the American continent. The Palacio de Gobierno (1892) houses murals that illustrate the violent and bloody history of the colonizers.
Today, El Centro, the historical zone can be seen on foot and features some of the most impressive parks, squares and municipal buildings from the late 1800’s and early 1900’s. Before the invention of nylon the Yucatan was the worlds most prominent supplier of Henequen rope, particularly to the shipping industry. Although the rope was made on haciendas from the yucca cactus, it was shipped around the world from the Ports of Sisal and later Progreso. Since the name of the port was stamped on all the shipping crates the rope became known throughout the world as sisal. If you are from the prairies you might remember it as binder twine. The export of sisal created great wealth for a number of families who came to call Paseo de Montejo and the surrounding area home. 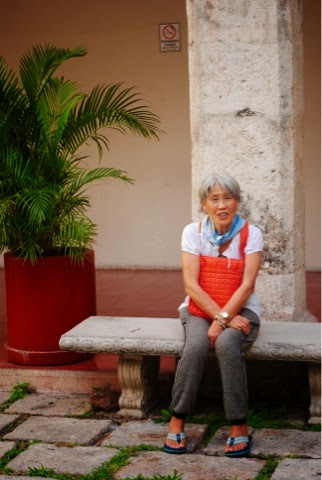 Paseo de Montejo, is a testament to the prosperity at the turn of the twentieth century. This grand avenue, named after the Spanish Conquistador who claimed the Yucatan for Spain, is reminiscent of the Champs Elysee. Running several blocks towards the center of town, with prominent monuments at either end, it features wide tree lined boulevards giving access to the mansions built by the wealthy henequen hacienda owners. Today these large Casas are home to banks and corporations. Many have been maintained and retain their historic exteriors while others are ramshackle and have as yet to be restored. Families no longer able to afford the homes and the lifestyle that accompanied them were forced to sell or even abandon them. Today, the avenida is lined with restaurants serving foreign and local cuisine. They are scattered among high end shops the most interesting of which is a three story import store crammed with a unique assembly of housewares including everything from full size wooden giraffes to a host of kitschy home decor items.

Walking the length of the Paseo de Montejo from the Fiesta Americana Hotel is a good way to start the day in Merida. The hotel itself is worth a visit with its high atrium lobby and quality artisanal tourist shops, selling locally made arts and craft along with traditional clothing and foods.
Once out on the Paseo de Montejo it is clear from the beautiful mansions that the families who built them and lived in them were from the privileged class. Many of them sent their children to Europe, and to France in particular to be educated. The Beaux Artes style, originating in France, can be seen along the Pasejo.

The Casa Museo Montes Molina is open to the public and offers English language tours that tell about the family that built the home and the family that bought it and still own it today. The owner is an elderly woman who lives in Mexico City but who still visits the house and takes up residence while in Merida. The house is a spectacular example of how the wealthy lived and the price of the tours provide some income for the maintenance of the house. In the rear garden is a large covered pavilion and this is rented out for weddings and fiestas. The house is furnished with expensive European style pieces and has an impressive collection of Tiffany glass. In the basement live two aging servants who receive room and board until they pass away. No longer able to work, they live a simple life and prefer to remain where they have lived and worked for decades over returning to their pueblos.
Merida is easy to get around in by foot or on public bus and there are many sights to see but seeing everything lit up for Christmas makes me fall in love with the place all over again.