Joining a yoga class turned out to be a good idea for many reasons, one of which was I met Jacque and Clinton owners of a B&B just around the corner and down the street from Casa Sol Mar. Last night at ten o’clock a bus load of Aztecs from Mexico City pulled up in front of the B&B, needing a place that could accommodate twenty nine. Fortunately there was room for everyone; grandparents, parents, children and several babies. Hammocks were strung, beds were crowded with occupants and soon all was quiet again in the house of Clinton and Jacque.

This morning, all 29 of the Aztec arose, by sheer number alone they took over Jacque and Clinton’s house, making breakfast and getting ready for the day. Travelling with groceries they tour about on a large bus that houses them and their regalia. As a dance troupe they look for opportunities to perform and this being the holiest of times in Mexico, the feast of the Virgin of Guadalupe, they are making a pilgrimage to Chichan Itza where they will perform their ancestral Aztec dances in the shadows of this Mayan ruin. 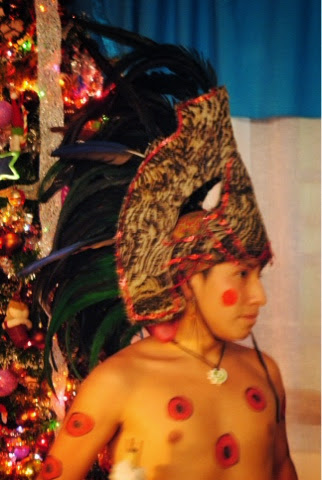 In gratitude to their hosts, the Troupe offered to perform a ceremonial dance in their honor. Dressing a dozen or more of their members in elaborate regalia was a spectacle in itself. Feathered Headdress, traditional costumes, rattles, smudge pots, drums and a stream of dancers entered and exited the bus in preparation for a grand procession. The yellow/red blaze of the Oxxo convenience store lighting the pavement where the assembly gathered. Once dressed, blessed and ready to go the procession wound it’s way down the street and around the corner toward the beach.﻿﻿﻿﻿ 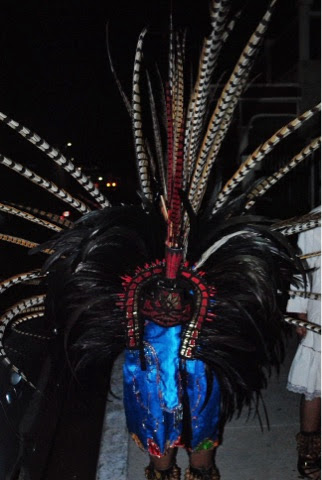 ﻿﻿
﻿﻿﻿
At the beach, in the light of the moon, several ceremonies of thanks and praise took place. There were many similarities to West Coast regalia; rattles, smudging, communal spirit and celebration. Rattles, made of large round seed pods in huge clusters and filled with gravel adorned the dancers ankles. Their ceremonial dress was a familiar mix of traditional materials, feather, beads etc. and modern acetates in brilliant reds and blues. As prearranged with the local police, the parade wound its way off the beach and up the street to the Park de Paz only to find a Zumba class in full swing. Not to be thwarted the Aztecs wound around the back of the Park behind the Zumba class, set up their drums and proceeded to dance with great joy and vigor for several hours. 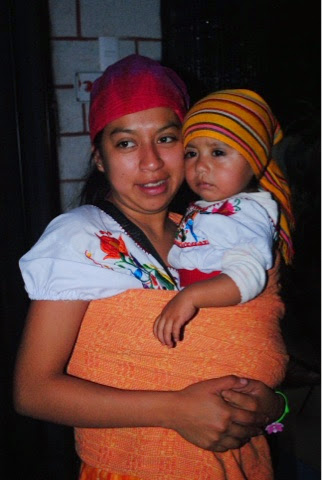 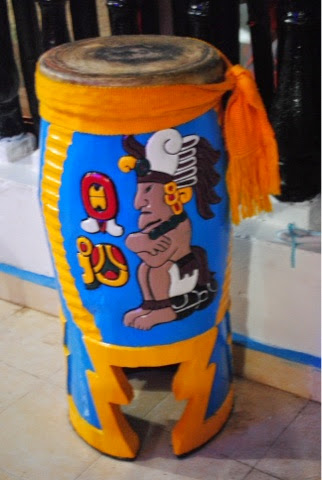 Invited to join the circle of dancers was an honor, with so few of us being the recipients of this grand gesture. The dim streetlights of Progreso softened and back-lit the dancers as they stepped, whirled and changed direction as one. Smoke from the smudge pots wafted around the dancers who later told us that they do all the fundraising for their cultural trips themselves, many of them working at “day jobs” but intent on staying connected to their culture. Unannounced to the locals, the presence of the dancers from Mexico City soon drew a crowd; families of three or more on scooters, cars filled with people on the way home from outings, and the casual passerby on foot and soon we had an audience. One of the greatest gifts of travel are the unexpected events this being one of them.